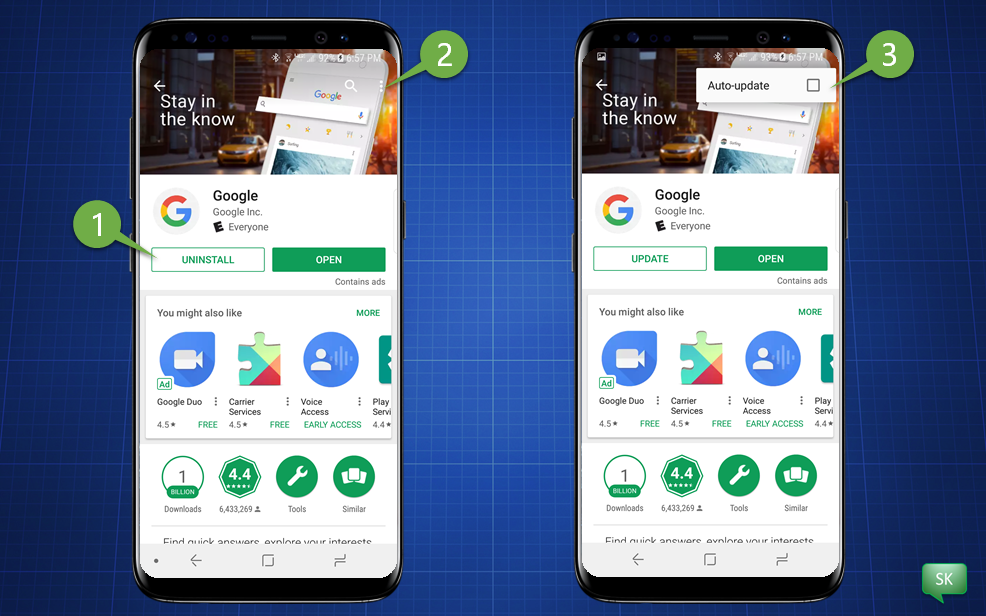 An unlucky group of Samsung Galaxy S8 users are experiencing significantly delayed or missed notifications. Here’s one workaround that has proven successful so far.

Those suffering from the issue will see a marked lack of notifications for arriving email and text messages or alerts on apps like Facebook and Instagram. Many times the notifications will never arrive, or arrive a great many hours after they should. The issue also causes the phone’s scheduled Blue Light Filter, which should follow the sunset and sunrise, to stick either on or off. There’s also an issue where installing new apps or updates from the Play Store will stick with a 100% progress bar without completing install, requiring a soft reset to clear the condition and use the new app.

While Samsung and Google have been as yet completely silent on the problem, the issue does appear to trace back to a Google App update.

We know this doesn’t impact everyone using the Galaxy S8, but it certainly impacts a good number of users who have collected in Samsung forums as well as Reddit to share their troubles and troubleshooting methods.

Initially, most thoughts in the currently 17-page long conversation centered around Samsung battery saving as a possible culprit, but user Sc10990 shared insight that the Google app was to blame instead. While Samsung and Google have been as yet completely silent on the problem, the issue does appear to trace back to a Google App update. Removing updates to the app seem to solve the issue so far. What’s more, you don’t need to completely remove or disable the app — removing the recent updates is enough to clear the problem – at least for now.

First, you’ll open the Play Store and search for Google to find the app. Then:

This auto-updates checkbox only applies to the current app, and background updates will continue to flow to your other apps per your Play Store preferences (and now they will actually finish installing!)

As with the other users I can attest that taking these steps allowed many notifications to begin arriving nearly instantly. The blue light filter schedule started working correctly, and I was able to install apps and updates without rebooting to complete each install.

It’s unfortunate that Samsung’s latest greatest flagship devices — one I just shelled out hundreds of dollars for — suffers from such an annoying issue, but for now I’m not seeing any detriment to removing the updates to the Google app. Hopefully Samsung or Google solve this issue soon.